It’s unfortunate, but crime in Phoenix is up, and violent crime has increased markedly since 2011. While the statistics and the Police Union disagree slightly over the actual percentage increase, one thing is clear: Phoenix isn’t quite as safe as it used to be. It’s still a great city to live in and a major metropolis that attracts thousands of new people a year to move to the city, but with every growing city comes its share of increased crime, at least temporarily. With so many new people coming to the city, staying safe while dating should be a priority for all companies, sadly for most it appears to be more of an afterthought.

With news stories such as the one out of Las Vegas where a woman met her would be killer before she escaped, conventional screening practices of the major dating sites just don’t work (By the way, the killer, Wade Ridley, had already struck in Phoenix). We keep you safe while dating by employing some of the most comprehensive screening practices of any dating service available to Phoenix locals. Match.com, one of the best known dating services only decided to include checking participants against the Sex Offender Registry after they were sued; Phoenix Dating has done it since day 1 without being prompted to do so.

To keep you safe, we check all of our members for:

Phoenix Singles is set up to rule out so of the negatives that might keep you from you wanting to meet other singles. When you want to share more time or even your life with someone new than dating should be the enjoyment of discovering different people without concern they aren’t being honest. 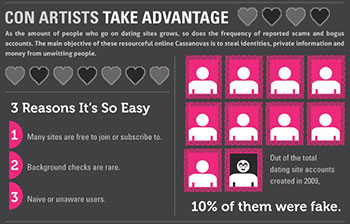 Not every instance of meeting someone in an online dating site results in anything negative happening, but the consequences for not checking can be dire. We prefer to not rely on chance when it comes to our client’s safety and security. You won’t even notice most of the things that we do. They’ll just occur in the background, but they’re always working to keep you safe. From real pictures taken of our clients by a professional photographer in our office to verification that they’re not already married, we are constantly looking out for you.

Let’s face it, who has time to keep up with the latest hot spot in uptown, or sign up for the newest online dating app only to find more disingenuous, nameless, faceless ‘matches’.